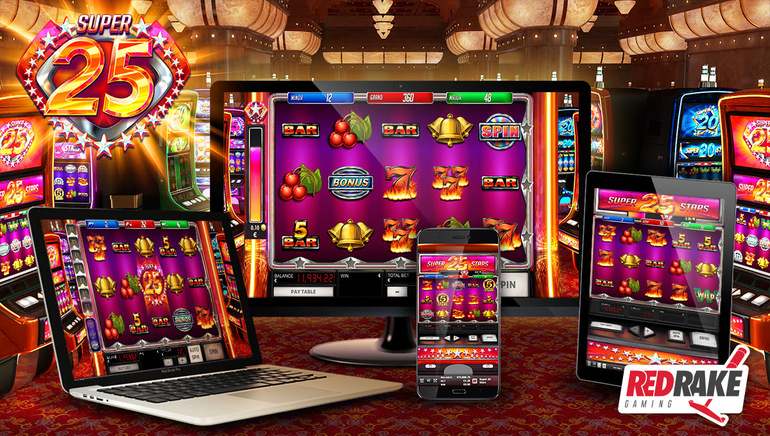 Red Rake Gaming is a prolific software developer with a fast-expanding portfolio of games. The Super Stars family is ready to welcome a new member, the latest slot in the franchise. You'll be able to spin the reels of the Super 25 Stars slot at leading online casinos and enjoy a fun game on mobile devices. It brings into the spotlight many of the features that have made the series cell popular while introducing new ones that are guaranteed to turn the new release into an international hit.

Brace Yourself for Super 25 Sticky Wins

Super 25 Stars was released on July 28th in selected jurisdictions and will be available internationally in late August. Players are right to be excited about the upcoming release, as the game will be available in demo and real money version on August 25. This mobile-friendly slot brilliantly captures the essence of a classic hit with an exciting twist. Fans of the classics will appreciate the traditional theme blended with amazing visual effects.

When you start spinning the reels of Super 25 Stars, you will first be impressed by the colorful symbols populating the reels. It highlights the best wins from the previous instalments, such as Super 5, Super 7, Super 10, Super 12, Super 15, and Super 20 Stars. It also introduces new features, with win multipliers and the unprecedented Super 25 Sticky Wins. There are truly amazing opportunities for punters to score a big win while enjoying one of the best games in the series so far.

Super 25 Stars is one of the most pleasant surprises for slots fans this summer, especially those who love Red Rake Gaming titles. The fact that it is based on a popular series is an important ingredient in the recipe for success, but not the only one. It is a beautiful classic arcade slot, loaded with modern features that complement gameplay loved by millions. The game structure is pretty standard, with a 5x3 matrix and it proudly ranks among the top ten games from the software developer.

The Super series is going strong and this instalment is unlikely to be the last in the successful franchise. Those who give it a chance and spin its wheels this summer will surely appreciate the modern visuals, applied to a classic layout. The game is already popular in the jurisdictions where it was released, and there are good reasons to expect it to perform just as well in other countries.