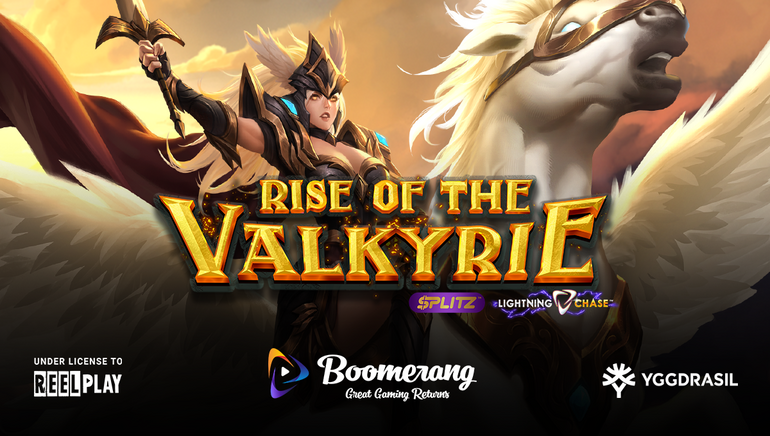 Rise of the Valkyrie is the latest slot released by Yggdrasil in partnership with Boomerang, featuring unique game mechanics and a high return to the player.

Yggdrasil is a prestigious software developer with a distinguished track record in creating eye-candy slots with original themes. Its partnerships with creative studios such as Boomerang have always resulted in great releases that were appreciated by slots fans. Rise of the Valkyrie is a shining example of a game that is inspired by Norse mythology and uses the innovative mechanic called Splitz. It can be played on mobile devices and has a huge number of pay lines, so both casual and veteran players will love it.

Get Immersed in an Epic Story

Norse mythology has been a source of inspiration for some of the best video slots and Yggdrasil is behind some of the best releases. This new game has 15,552 pay lines and five reels decorated with symbols that quickly get players immersed in the atmosphere. Splitz symbols are a coveted sight and they can appear on the reels during the normal gameplay, and in their wake, remains a marker. After nine spins, all the symbols that are bordered with this marker will be divided into up to four smaller images.

The Splitz mechanic further increases the ways to win and the best part is that it can turn a regular spin of the reels into something special. Players are also eligible for free spins if they discover a minimum of six coin symbols. These are special because they are held during the next spin, while all the other positions are set in motion. The best-case scenario is for the coin prizes to pop up in the vacant places and they can produce winnings up to 888 times the stakes.

Rise of the Valkyrie Special Features

The Splitz is just the tip of the iceberg and this cool game from Boomerang has plenty of other cool surprises in store. Take the Side Strike bets that players can place during any spin to win up to five times the regular amounts. To do that, one would have to predict the colour of the green and red chips that can appear on the fifth and first reel. Rise of the Valkyrie is powered by GATI, the well-known technology developed by the Scandinavian company and available at partner casinos.

This new slot has all the ingredients in the recipe for success, so Stuart McCarthy, head of product & programs at Yggdrasil expects it to be hit. It brings into the spotlight some of the cool game mechanics that have made previous releases famous while throwing into the mix engaging bonus features. The arrival of side bets increases the fun factor and provides veterans with another reason to give it a spin.