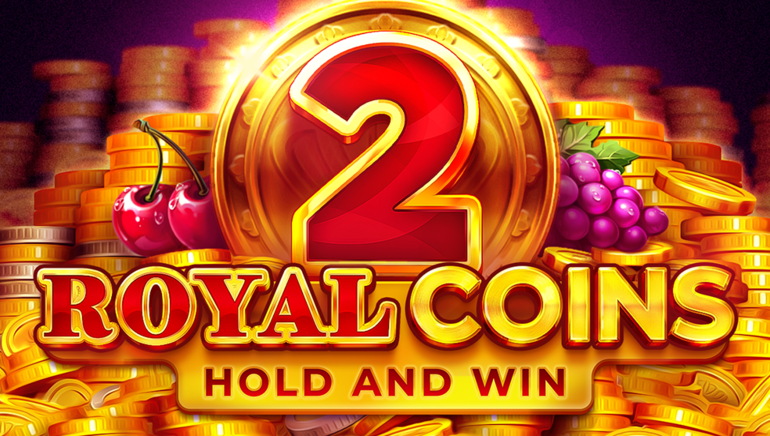 Royal Coins 2: Hold & Win is the next chapter in Playson's Royal Coins video slot series. Players get to enjoy a unique Pile of Gold feature and Bonus Games in this thrilling sequel.

It was a September to remember for Playson fans – thanks to the release of Royal Coins 2: Hold and Win. As the iGaming world's fastest-growing content provider, Playson's latest attraction is a continuation hugely popular Royal Coins classic slot game.

While the game is in motion, players can land wild symbols. These substitute for other symbols, except for Royal Bonus + Bonus Symbols, to help form winning combinations. This makes it easier to form winning combinations on the reels. The Bonus game kicks in once 2X Bonus Symbols + a Royal Bonus appear. Then, players enjoy 3X respins. Each new bonus symbol resets the number of respins to three.

The Royal Bonus Feature is triggered during the Bonus Game when a Royal Bonus Symbol appears. This proprietary game mechanic adds the value of all on-screen symbols to the total, including the in-game Jackpot and Bonus symbols. Every time a different jackpot symbol appears on the reels, new prizes are added to the Royal Bonus symbols. The biggest payout occurs with the Grand Jackpot with a 1000X bet multiplier.

Players who enjoy Royal Coins: Hold And Win will thoroughly enjoy an enhanced gaming experience, thanks to an Exclusive Pile of Gold feature that piles on additional Bonus Symbols. This makes it easier for players to launch Extra Bonus Games with super-sized wins.

The Head of Games at Playson, Nikolay Illiustrov, was excited about the release of the sequel,

The original Royal Coins release was so well-received by operators and fans that we thought it made strategic sense to release a sequel. While the new title encompasses many of the original's mechanics, the exciting Pile of Gold feature gives players an excellent and unique opportunity to trigger a chain of Bonus Games.

Playson staff are located worldwide in Greece, Hungary, Romania, the United Kingdom, Malta, and Taiwan. Playson is officially licensed to operate via multiple authorities, including HGC, ONJN, the United Kingdom Gambling Commission, and a recognition notice from the Malta Gaming Authority. The company is positioned for success with a high-quality product portfolio designed for the exigencies of the modern world.