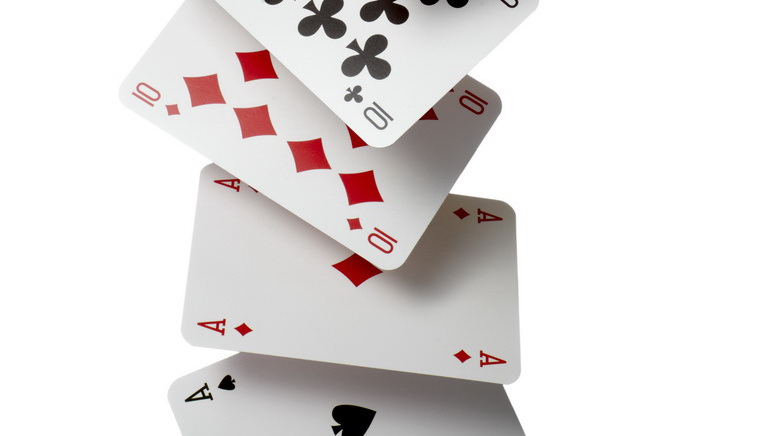 Andar Bahar features 50/50 odds of winning – making it an instant hit with players at online casinos around the world.

Andar Bahar is said to have originated in Bangalore, India centuries ago. This popular casino card game is also known by other names including Mangatha, and Katti. In India, the game can be played with or without money, and its popularity is greatest in the southern part of India, and the northern regions of the subcontinent too. Like baccarat, players are not personally dealt any cards in the game. Players simply have to watch the dealer to disseminate cards to Andar and Bahar, and wait for the winner to be crowned.

This casino card game is religiously played by a large and growing base of players, extending well beyond India's borders into surrounding countries. Besides for its widespread appeal among the people, Andar Bahar is readily available to players at online casinos too. Various software providers offer this rudimentary casino card game to legal-age players at fully licensed online casinos in both Hindi and English.

Andar Bahar is unique among the casino card games in that it is played with a single deck of cards. These 52 cards include 4 suits (hearts, spades, clubs, and diamonds), with the following cards 2-3-4-5-6-7-8-9-10-Jack-Queen-King-Ace of every suit. What is interesting about this casino game is that players have 50/50 chances of winning or losing the game. An Andar Bahar casino dealer is present to manage the game for players. Mangatha or Katti are the other names used to describe Andar Bahar.

This Andar Bahar casino card game guide is designed to provide players with in-depth insights into the rules of play for the game. The action begins in earnest when the dealer deals a face-up card on the table to initiate proceedings. This first card is referred to as the Joker card, but it’s not a Joker – it’s any card that is dealt. The first bet of the game is whether the next ‘Joker’ to be dealt will be on the Andar or Bahar side of the table. Recall that the Andar side is to the right of the dealer (left of the player), and the Bahar side is left of the dealer (right of the player). The Joker is the Middle card in the deck.

The next step involves dealing the cards. The Andar Bahar card dealer will deal cards, one at a time, face up to the Bahar and Andar site for the first card that is dealt. The first card dealt is right of the player – the Bahar side or ‘Out’ side. After the card has been dealt on either side of the ‘Joker Card’, players are allowed to make a final bet, or forego betting entirely. It is possible to place a bet on the same side as the previous bet, or even on the opposite side of the previous bet.

The Joker should not be confused with the traditional Joker in a deck of cards. Rather, the Joker is simply the placeholder card for any-value card which is dealt by the dealer, and which must be mimicked, or duplicated by the player on either the Andar or Bahar side of the betting selections. Many Andar Bahar players simply refer to the Joker card as the Middle card. The Joker card is not a wild card, and it doesn't substitute for other cards to help players form winning combinations. There are multiple other types of bets available in Andar Bahar, known as side bets. Similar bets are also available in games like baccarat, Cyberstud poker, blackjack (21+3), and others.

Dealer Controls the Action from Joker Card to Matching Card

Recall that the objective of the game is to bet on which side of the ‘Joker Card’ the next duplicate will be – either the ‘Andar’ side or the ‘Bahar’ side. The duplicate card can be any identical card of any suit. For example, if a 7 of spades is the Joker card and is placed on the betting felt between Andar and Bahar, the player’s goal is to pick a bet for Andar or Bahar for the next 7 card to be dealt. Bahar bets pay at 1:1, while the Andar bets pay at 1.9:1. In a sense, the different payouts on each of these positions are similar to the Banker Bet or the Player Bet in baccarat. The differential between the payouts can be regarded as the vigorish, or the commission paid to the house.

Given the odds of the game, and just 2 types of bets for winning, the following probabilities exist in Andar Bahar:

There are several side bets on Joker cards (Middle cards) available to players in Andar Bahar, including the following:

Statistics tend to indicate that 51.5% of winning game outcomes are associated with the side that gets the first card – either Andar or Bahar. With the Middle card (Joker card) excluded, games are typically completed within 13 cards, and the median number of cards to complete a game is 11. It is worth pointing out that all of the side bets available in the game relate to the number of cards that must be dealt in order for a match to be made. Typically, players don't need to play both the Main game and the Side Bets simultaneously. You can usually play one or the other, or both.

Players opting for the side bets will note that the payout odds increase substantially when the number of cards to be dealt for a match of the ‘Middle Card’ increases. When 41+ cards are dealt, the payouts are greatest, and when 1-5 cards are dealt, the payouts are smallest. After each result, the casino dealer will remove the cards from the felt and have them automatically shuffled in preparation for the next game.

Is there an Element of Skill or Strategy in Andar Bahar?

This casino card game is predicated on matching the Middle card on either the Andar or Bahar bet selection. This is the primary bet of the game. The secondary bet is known as the side bet, and this bet – like the primary bet – is a pure guess regarding how many cards must be dealt before a match is found.

While statistics can certainly provide a degree of insight (51.5% of winning game outcomes are associated with the side that gets the first card), with randomly shuffled cards it is impossible to know where the matches will be found, or how many cards it will take before a match will be found. In this vein, Andar Bahar is based purely on chance. You have a 50/50 probability of correctly calling it, but your payout is not 1:1 – that's where the house edge kicks in.

The game is played for different stakes at different online casinos. It is typically regarded as a casual player game with low minimum wagers, but it certainly has high roller potential with bigger bets allowed too. The winning potential of Andar Bahar and the attendant payouts that result, are based upon which ‘side’ hits.

Players with a penchant for playing coin toss-style games will enjoy Andar Bahar, since the odds of calling it correctly are the same. There is no skill or strategy that can be employed, save for effective bankroll management. As with other casino card games, bets must be made for any of the cards have been dealt. The dealer will not allow players to start betting after the action gets underway – since this dramatically changes the odds and reduces the house edge.

With most games resolved within a few cards being dealt, and new games beginning soon thereafter, Andar Bahar ranks as one of the most-loved card games in India. Its popularity has spread online, where it enjoys growing player numbers at regulated online casinos. Similar to the rudimentary game of Casino War, players are simply required to bet on ‘In or Out’ to score a win.